Breaking News
Wells Fargo Fined $3 Billion for 15 Years of Illegal Practices Affecting Millions of Customers
No Backdoor on Human Rights: Why Encryption Cannot Be Compromised
Analyst Explains Why Bitcoin Is About to Go Vertical to $17,000
Will Bitcoin Lose Momentum as Authorities Start to Gain Control of COVID-19?
Skip to content 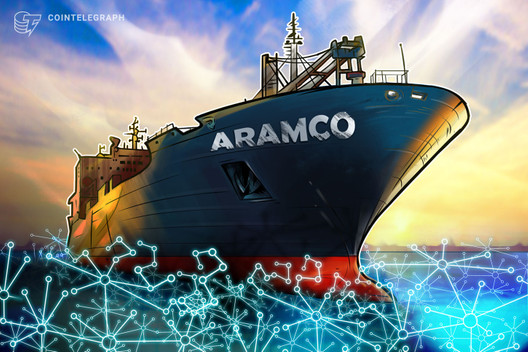 The oil industry is facing some big challenges, and experts think blockchain could be the solution.

Oil is central to the growth of the global economy and maintenance of political stability. But for an industry that plays such an important role in both shaping and maintaining the world around us, its business model is quickly becoming outdated. As the industry struggles to adapt to the demands of a rapidly changing and politically charged world, some of the largest oil companies are looking to modernize through blockchain.

Moreover, governments around the world are struggling to come to terms with the consequences of climate change, and the extraction of fossil fuels does nothing to help reduce emissions. As society grows more conscious of the effects of global warming, companies that generate nonrenewable energy such as oil have come under increased pressure to clean up their act.

While the modern industrial world may have an insatiable appetite for oil, its production and distribution is not without its risks. Oil companies are among the most profitable in the world and attract powerful political and ideological enemies. What’s more, they are often situated in areas that experience prolonged political instability. With an ever-growing number of cyberattacks riddling the economy, oil companies are looking to bolster their defences.

While cyberattacks can be costly, the burden of supporting a creaking global supply chain can often be costlier still. From slashing supply chain expenditure to stamping out terrorist financing, Cointelegraph talked to industry experts about whether blockchain technology could be the solution.

The fact that Saudi Aramco, the world’s most profitable company and largest producer of oil, has bought into Vakt’s post-sales trading platform is a clear demonstration that the industry has an appetite for trialing blockchain.

The sale of oil is a convoluted process. Beyond the physical transfer of the commodity, there is a significant back-office process. According to the company’s press release published on Jan. 28, the platform manages energy transactions from trade entry to final settlement, removing the need for reconciliation and paper-based processes. Vakt’s owners claim that their platform could significantly reduce costs, leading to savings of up to 40%.

Vakt announced that the oil behemoth’s trading subsidiary, Saudi Aramco Energy Ventures, or SAEV, had invested $5 million in new shares and become a platform user. The platform is currently live in the North Sea BFOET (Brent, Forties, Oseberg, Ekofisk and Troll) crude oil market, an area where production has steadily increased over the past decade.

Hans Middelthon, managing director of SAEV Europe, said, “VAKT has demonstrated that their platform has the potential to digitize what is currently a very manual process. Leveraging blockchain theory and applying it to the complicated world of post-trade processing, VAKT has made a compelling pitch.” Pavel Pokrovsky, blockchain security team lead at Kaspersky, explained to Cointelegraph how blockchain is an attractive option for oil companies looking to streamline structure through distributed ledger technology:

“Blockchain as an implementation of DLT is having a great impact on many aspects of industrial technologies including oil and gas. According to some researches, more than 40% of executives in oil and gas sector are considering blockchain as a technology for their companies. One of the aspects of blockchain that is particularly useful for oil and gas is a concept of Smart Contracts. This allows the industry to manage their contract risks as well as minimize costs and increase transparency in their supply chains.”

Saudi Aramco is not the only oil giant experimenting with blockchain’s potential to cut costs. SAEV’s entrance to the platform will see it join the ranks of other major companies such as BP, Equinor, Shell, Gunvor and Mercuria.

While it has been a promising start for Vakt, with some of the world’s most prominent oil companies already on board, the success of blockchain projects rely on their ability to produce results and consequently convince other firms to adopt them. In this sense, the words of then-acting Vakt CEO John Jimenez at the time of the platform’s launch in 2018 are still relevant today: ”Success for a blockchain solution depends on widespread adoption and we’re looking forward to seeing the ecosystem grow.”

Political climate: blockchain and the environment

Due in part to its role in energy security, along with the global impact of easily-manipulated oil prices, the oil industry has become as much a part of the political process as any chamber of congress.

One of the most pressing challenges that oil companies face is the looming environmental crisis. Efforts by international organizations such as the United Nations to limit carbon emissions and champion green energy, as well as large demonstrations from activist organizations such as Extinction Rebellion, have changed the political landscape.

Public opinion is gradually turning against fossil fuel energy providers and those who choose to invest in them. Will Nichols, head of environment at the Verisk Maplecroft research, consultancy and risk analysis firm, outlined his view to Cointelegraph that the climate risk will stay elevated throughout the year for oil companies:

“Climate risk will continue to permeate the oil and gas sector throughout 2020 as companies come under increasing pressure from shareholders and regulators to demonstrate how they are dealing with the threat.”

For perhaps the first time, oil companies’ attractiveness to investors is directly linked to their efforts to stymie the damage their industry wreaks upon the environment. But, if history is anything to go by, many companies do not alter their behavior until regulation forces them to do so. Nichols explained how, despite progress, companies are still not capitalizing on opportunities to minimize climate risk:

“With regulators threatening mandatory climate risk disclosures in the near future, investors will be watching closely to see which companies are taking the initiative. The big hole we see is that much of the sector is still failing to use accurate and granular climate data to analyse the resilience of their corporate strategy. Those that do will add consistency and credibility to the process and take a significant step towards convincing investors that these risks are being managed appropriately.”

Blockchain could bring transparency to oil

Although climate-related political pressure is a relatively new phenomenon, the oil industry is also exposed to other political risks. Much of the world’s oil production takes place in politically volatile regions such as the Middle East. Although such political instability can create a number of issues for the global oil industry, there are instances in which blockchain could serve to improve the situation.

One of the most commonly championed characteristics of blockchain technology is its transparency. In a region where certain oil-producing nations such as Iran are currently under internationally-imposed sanctions, blockchain’s ability to trace their output from the moment of production to their arrival with the buyer would help to uphold international law and trade standards.

For example, energy security in Iraq and Syria has been compromised by the ongoing conflict. But keeping energy flowing to its citizens is not the only concern. Militant terror groups active in the region, namely the so-called Islamic State, have actively targeted oil production sites with a view to harvesting the huge profits.

Former Aramco security team leader and CEO of security firm HypaSec, Chris Kubecka, told Cointelegraph that blockchain utilization in the oil industry could prevent terrorist funding and money laundering through providing traceability. Pokrovsky added to the point saying that transparency in blockchain means that all agreements in the supply chain are public and immutable:

“Blockchain, due to its nature, introduces transparency to operations. It does not necessarily mean that operations become publicly visible, but transparency can be implemented to an extent where all participants of blockchain have the same picture on operations. […] Through trust management, many questions including political and cost-related, are much easier to solve.”

Pokrovsky told Cointelegraph that blockchain could not only be used to create transparency in how non-renewable energy companies are tackling their impact on the climate, but also to protect politically and environmentally sensitive data from tampering, which are currently among the most unprotected elements of industrial infrastructure.

Another challenge that oil-related companies face, along with governments that purchase their products, is political risk. Although compliance measures are constantly being improved — the most recent example being the European Union’s 5AMLD — many of the world’s leading oil production companies are state-owned. By definition, such companies contain politically-exposed persons, a category of people typically considered to be high-risk. Pokrovsky explained how blockchain can help with compliance in the oil industry:

“The use of blockchain to achieve compliance is hinted at by several legal acts and initiatives, such as Dodd-Frank Act and the Extractive Industries Transparency Initiative and frameworks such as MIT’s Trust :: Data.”

Physical attacks on oil sites have become a harsh reality. Consequently, both office and drilling locations are often guarded by armed forces. Shipping routes are closely policed by the navy and individual companies often hire armed, private security personnel to travel alongside each of their oil containers.

With such high levels of physical security, attacks on oil companies have since been digitized. According to Kubecka, oil-related cyberattacks occur “extremely often” and are increasing at a steady rate, with nation states and hacktivists being the most common actors behind the assaults.

NTT Security’s ICS/OT Cyber Security and Principal Consultant Dereck Stubbs told Cointelegraph that data about political cyber attacks is scarce: “Oil companies, like all US public companies, are not obligated to publicly disclose cyber-attacks, therefore, the availability of statistical data, such as frequency, is very limited.” He added that climate action has led to a growing security risk for oil:

“Climate change is certainly a political issue and with the oil industry viewed as a major contributor to the causes of climate change, politically motivated cyber-attacks are certainly a risk factor that oil companies must plan for. From a cyber security perspective, Blockchain provides not just a superior infrastructure but a more seamless and interconnected framework that can help oil companies quantify and demonstrate their value proposition to civilization and the efforts they take to be environmentally responsible.”

Stubbs also told Cointelegraph that the responsibility to protect oil company activities against the consistently high and varied risks they are exposed to usually lies with some sort of digital infrastructure. Stubbs outlined his view that blockchain-based networks have the potential to both boost security and the process of responding to breaches:

“The potential of blockchain-based networks for oil companies is not only more resilient, reliable and self-healing cyber security but an infrastructure that interconnects, streamlines and optimizes all aspects of achieving the business safety mission.”

Wells Fargo, one of the largest U.S. financial services companies, has agreed…

No Backdoor on Human Rights: Why Encryption Cannot Be Compromised

In April 2019, the UK issued an Online Harms White Paper to…